Vietnam’s preferential access to European Union markets and those of the U.S. Once free trade deals between the two blocs are ratified will accelerate growth in the country’s already booming apparel and footwear markets, believes global tag and label maker Avery Dennison.

Deon Stander, vice president and general manager for retail branding and information solutions at Avery Dennison Corporation. Said the garment and footwear business in Vietnam was undergoing significant expansion and this would continue.

“Vietnam will not only have preferential access to the European Union markets. But is also now a signatory to the Trans-Pacific Partnership deal. Which, if ratified by all participating countries, will give it access to North America. That will place Vietnam in the unique position of having preferential access to both those huge markets,” he told JOC.com.

In December, Vietnam and the EU reached a free trade deal that is in the process of being ratified. The TPP was signed in Auckland on Feb. 4. And now requires ratification by all 12 signatories, (Vietnam is one of them) which will take two years.

Over the next five years, the global integration of Vietnam will drive expansion of exports. The Vietnam Textile and Apparel Association expects the country’s garment. And textile sector to grow at an average of 11.5 percent a year up to 2020. Last year the sector’s turnover was expected to be $27.5 billion. Increasing to $31 billion next year and $45 to $50 billion by 2020.

Once the TPP is in force, tariffs for garments and textiles products will drop from 18 percent to 0 percent. And under the Vietnam-European Union Free Trade Agreement, tariffs will fall from an average of 11 percent to 0 percent. The lowering or erasing of tariffs altogether is hugely attractive to retailers and brands sourcing and manufacturing their apparel and footwear in Asia.

“Vietnam will end up having higher rates of preferential access for imported garments into the U.S. and Europe than other countries. So you will see a growing sourcing trend from brands and retailers in that country,” Stander said.

“That’s why the garment and footwear industry in Vietnam will continue to accelerate. It has been growing at 10 to 15 percent per annum. And will continue to do so, if not increase even faster.”

There is a down side to the rapid growth. Vietnam’s logistics costs are at 25 percent of its GDP. Higher than those of regional competitors such as China, where they total 18 percent of GDP. Most of Vietnam’s international trade is conducted through the Cai Mep. Cluster of terminals near the southern metropolis of Ho Chi Minh City. Government-owned companies have a controlling stake in five of the seven terminals in the cluster; CMIT is one of them and is operated by APM Terminals under a concession agreement.

The Vietnamese transport ministry has also introduced minimum guaranteed port tariffs. Known as floor rates — to help recoup some of its heavy investment in cargo terminal infrastructure and these floor rates have discouraged some lines from using Vietnam’s terminals.

This, however, will not affect Avery Dennison. Avoiding the logistics of importing raw materials, like other suppliers in the apparel and footwear sector, the company long ago decided to set up its production facilities in close proximity to its manufacturing customers.

“We try to provide our tickets, tags, packaging and labels as close as we can to to the point where those products are manufactured. That’s why we have facilities in Vietnam and have expanded our presence there to meet the likely increase in demand,” Stander said.

Since its entry to Vietnam in 2003, the company has invested $40 million in the country, the latest being a manufacturing facility at Long Hau Industrial Park in Long An province. The 301,000 square foot facility will serve the increasing demands from the many global garment and textile brands that require apparel labeling and branding solutions.

“The investment in Long An province recognizes that the significant growth in apparel and footwear production in Vietnam will continue. In the industry we service, we always try to ensure we are centrally located to where our customer growth is likely to be, and this represents significant business opportunity for us as we seek to match their expansion,” he said.

Asked whether Vietnam’s ascendancy in the apparel and footwear manufacturing market would impact Avery Dennison’s China operations, Stander said the growth in Vietnam did not come at the expense of China business.

“China is going from an export led economy to a domestic consumption economy. As that happens, those domestic consumers will require more garments and footwear and so the manufacturing to support that will remain pretty much in China,” he said.

“Once the garment industry is established in a country, it is difficult to dislodge and I foresee that Vietnam is going to be a prominent player in the global apparel and footwear industry for many years.” 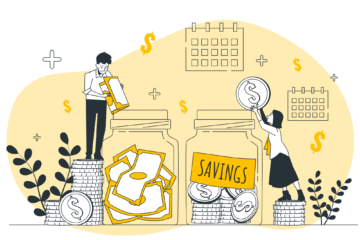 Sourcing Outside of China

Sourcing Outside of China. After years of ‘Made in China,’ supply chains consider alternatives The events of the past year have given many companies engaged in outsourcing their manufacturing reason to expand their supply chain.“We’ve Read more… 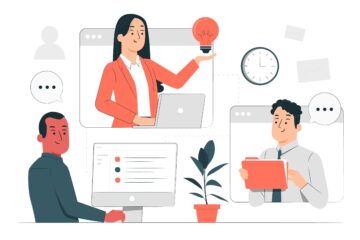 What Does a Sourcing Agent Do? Sourcing in Vietnam – A sourcing agent assists a company with the process of locating sources for products and supplies at low prices so the company can save money Read more…

ARECA LEAF PLATES Palm Leaf Plates, utensils are being used widely in the world.This is one of the products that comes entirely from nature. The extraction of raw materials and processing are completely eco-friendly. Do Read more…